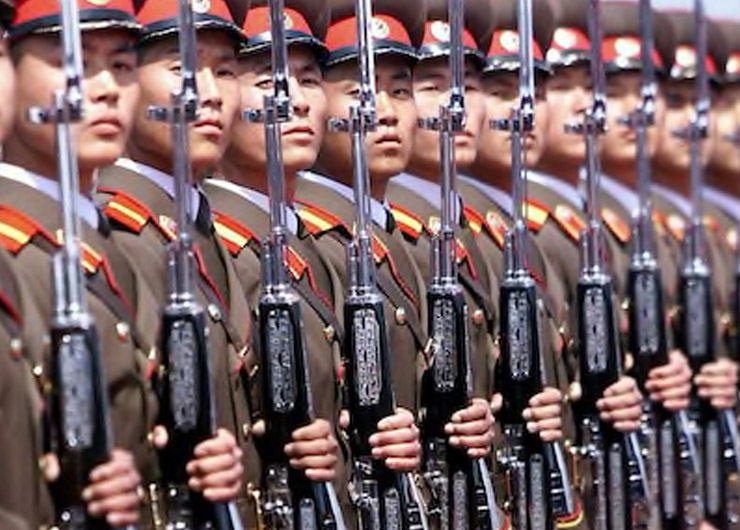 North Korea has been called many things – the Hermit Kingdom, the most isolated country in the world, an outlaw nation, a part of the “axis of evil.”

Few outsiders, and even fewer journalists ever get a chance to go to North Korea and see first-hand some of what is happening there.

Please join us on a journey through one of the United States’ most bellicose adversaries and hear a perspective of a journalist who visited North Korea 6 times, most recently in January.

Natasha Lebedeva has been working at NBC‘s Washington Bureau for over a decade. During her career at NBC, she was an editorial and planning producer for political coverage at NBC and MSNBC before been assigned to be responsible for big international projects. Prior to that, Lebedeva was a producer at primetime news program Dateline NBC.

Currently Lebedeva works directly with Senior Vice President for Worldwide Newsgathering and with Vice President for Bookings. She works for all NBC News platforms and with all NBC News anchors and correspondents. She serves as a liaison between NBC and foreign countries where NBC pursues news coverage. She has traveled extensively for NBC, including such countries as Russia, North Korea, Syria, Saudi Arabia, Lebanon, China, Mexico.

Natasha Lebedeva was a producer for a number of documentaries that aired on PBS, Discovery channel, National Geographic, also at the Library of Congress and Stanford University.
Lebedeva is a recipient of prestigious journalistic awards for her achievements in news coverage. She was awarded several Emmy Awards; International Press Club Award; National Headliner Award; Alfred I. DuPont – Columbia Award.

Natasha Lebedeva was born and grew up in St. Petersburg, Russia. She currently resides in Washington DC with her family.

This event is open to all Columbia Club members.
REGISTER HERE
Register here is you are not a member of the Penn club. Please register on the Penn Club website if you are a Penn Club affiliate member.