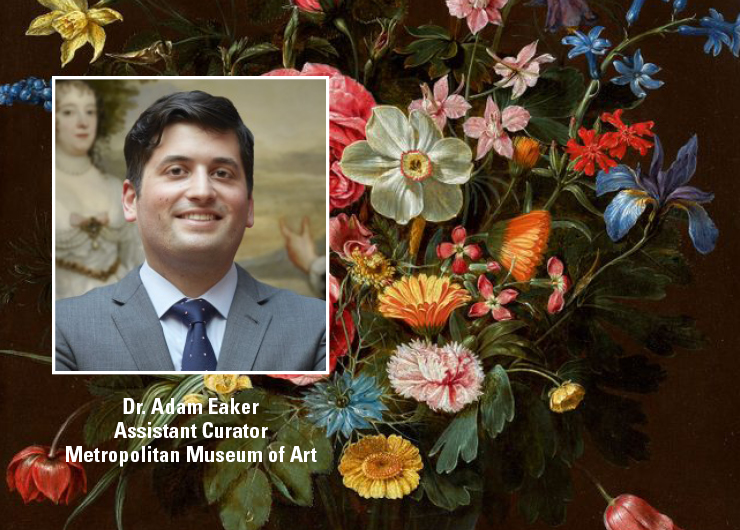 The turn of the seventeenth century witnessed the invention of a strikingly new kind of European painting—the floral still life. In these works, flowers moved from the decorative margins of manuscripts and paintings to become the autonomous subjects of works of art. As they created these images, artists drew on an ancient symbolic language of flowers. But they also expressed scientific curiosity, responding to the era’s newly founded botanical gardens and the globalized trade in seeds and bulbs that would culminate in the notorious speculation of Tulipmania.

This lecture will explore flower painting, particularly as it developed in the Netherlands over the course of the seventeenth century. The tension between artifice and naturalism will provide one key theme, as will intersections between still life painting, international trade, and European colonialism. A further focus will be the work of women painters as innovators of still life and botanical art, with a focus on three figures represented in The Met’s collection: Clara Peeters, Maria Sibylla Merian, and Margareta Haverman.

REGISTER HERE
This event is to Columbia University members and friends. Registration is required.

Adam Eaker ’16 GSAS is Assistant Curator of European Paintings at the Metropolitan Museum of Art and an Adjunct Lecturer at Barnard College. He studied art history at Yale University and Columbia University, where he received his PhD in 2016. A specialist in Northern European and British painting of the sixteenth through the eighteenth century, he was previously a visiting scholar at the Rubenianum Research Institute for Flemish Art in Antwerp. Before joining the staff of The Met, he served as an Anne L. Poulet Curatorial Fellow and subsequently guest curator at the Frick Collection, where he co-curated the exhibition Van Dyck: The Anatomy of Portraiture (2016). At The Met, Adam has curated the exhibition In Praise of Painting, which is currently on view.